Aunt Thelma's is currently open but their offerings and services may be affected due to the pandemic. Please contact the business directly for more information about any changes. Is this your business? Pleasecontact usif you would like to update this message.

Aunt Thelma's sits among the other storefronts in Kensington Market and supplies wide-width dress shoes and empowering graphic tees.

The shop with a big, open garage door right on Kensington Avenue is whereCrow's Nest Barbershopfirst opened before moving down the street and was home to theKing of Kensingtonthrift store for a while after that. 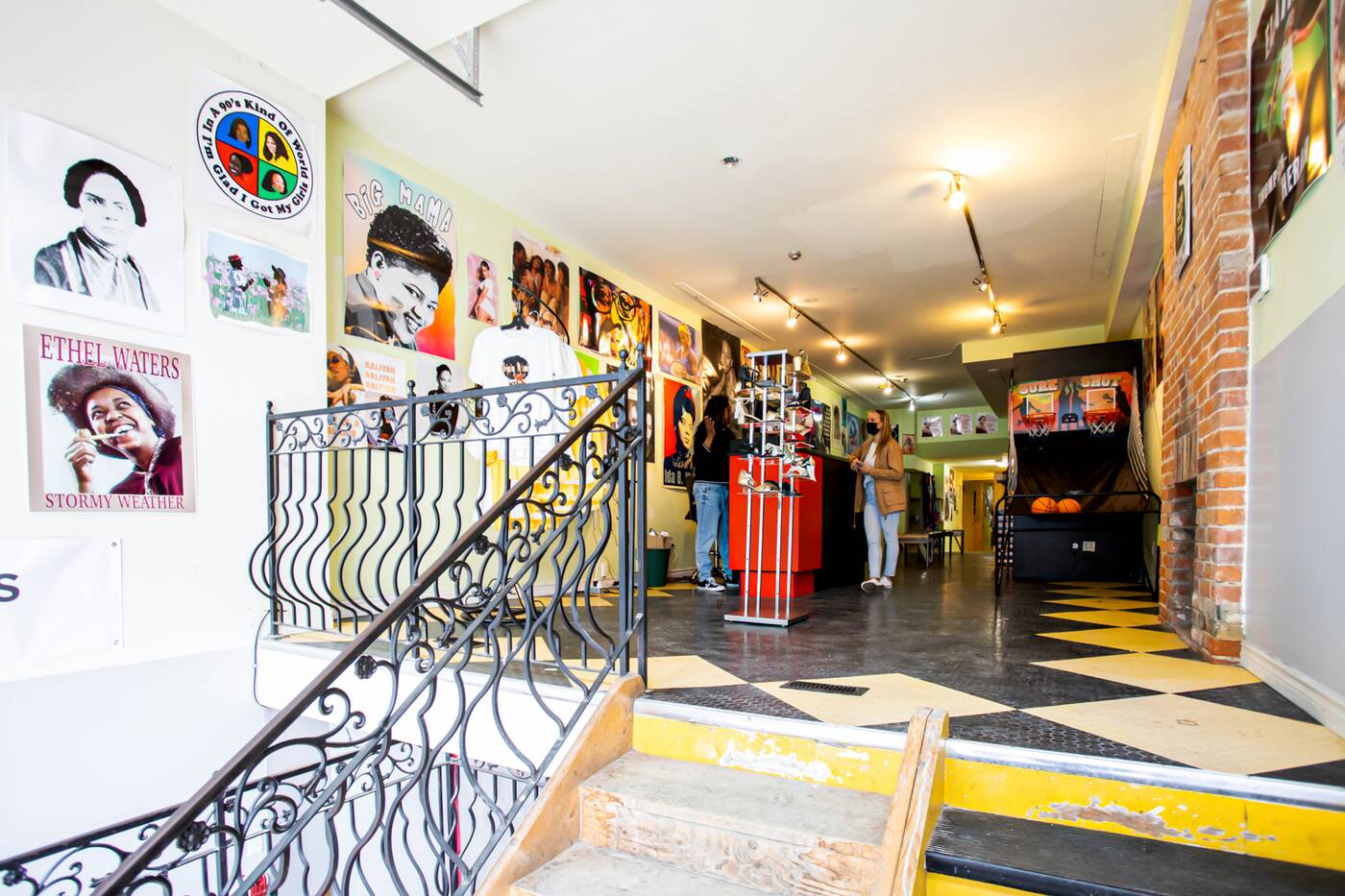 The latest tenant, Aunt Thelma's, appears to be not only in the business of selling shoes and t-shirts, but women's empowerment.

The walls are the giveaway, covered in posters of iconic women and women of colour. 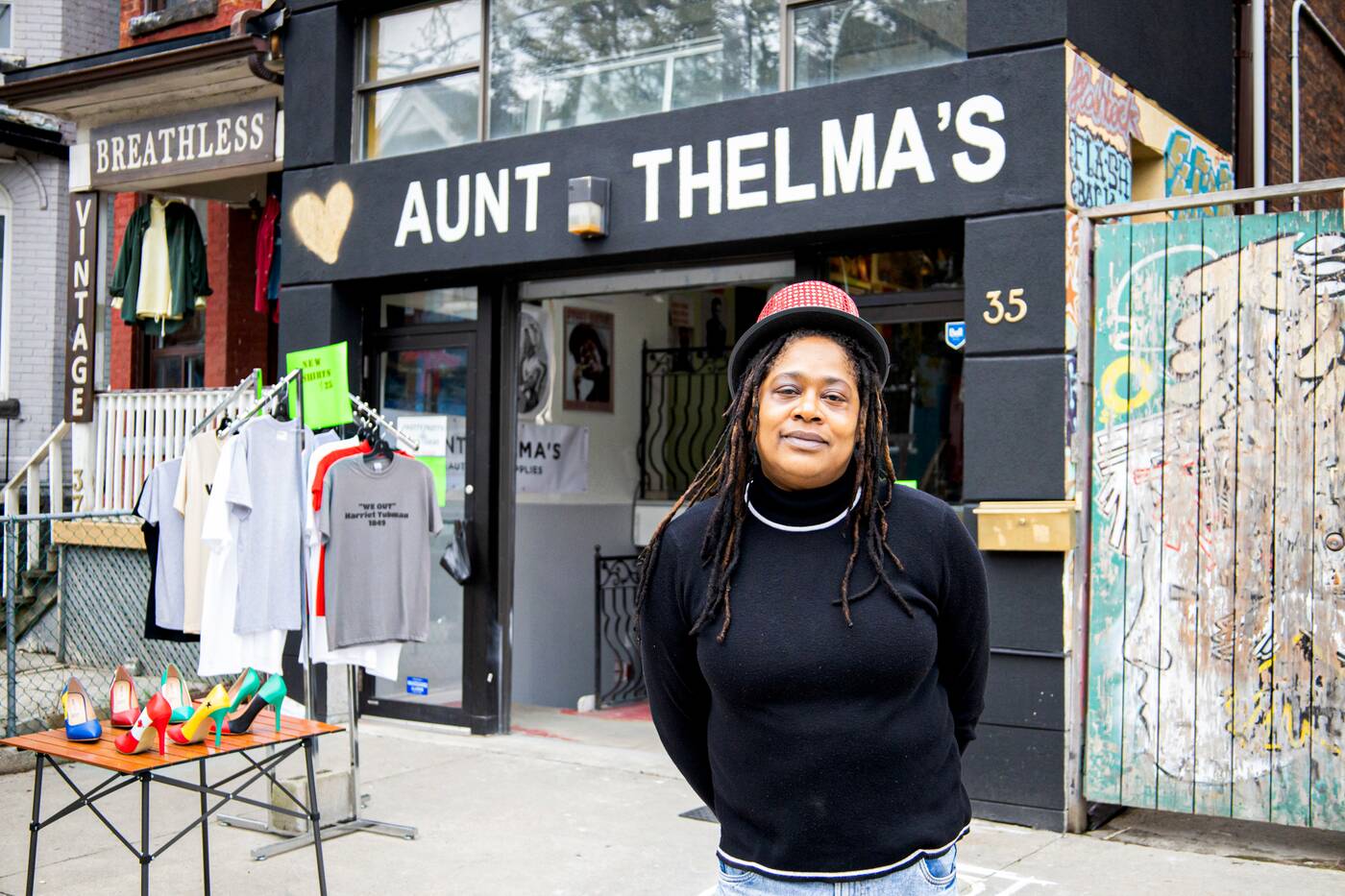 Ellen Barton named the shop after a powerful woman in her own life, her "favourite" aunt who passed away when Barton was just 16. 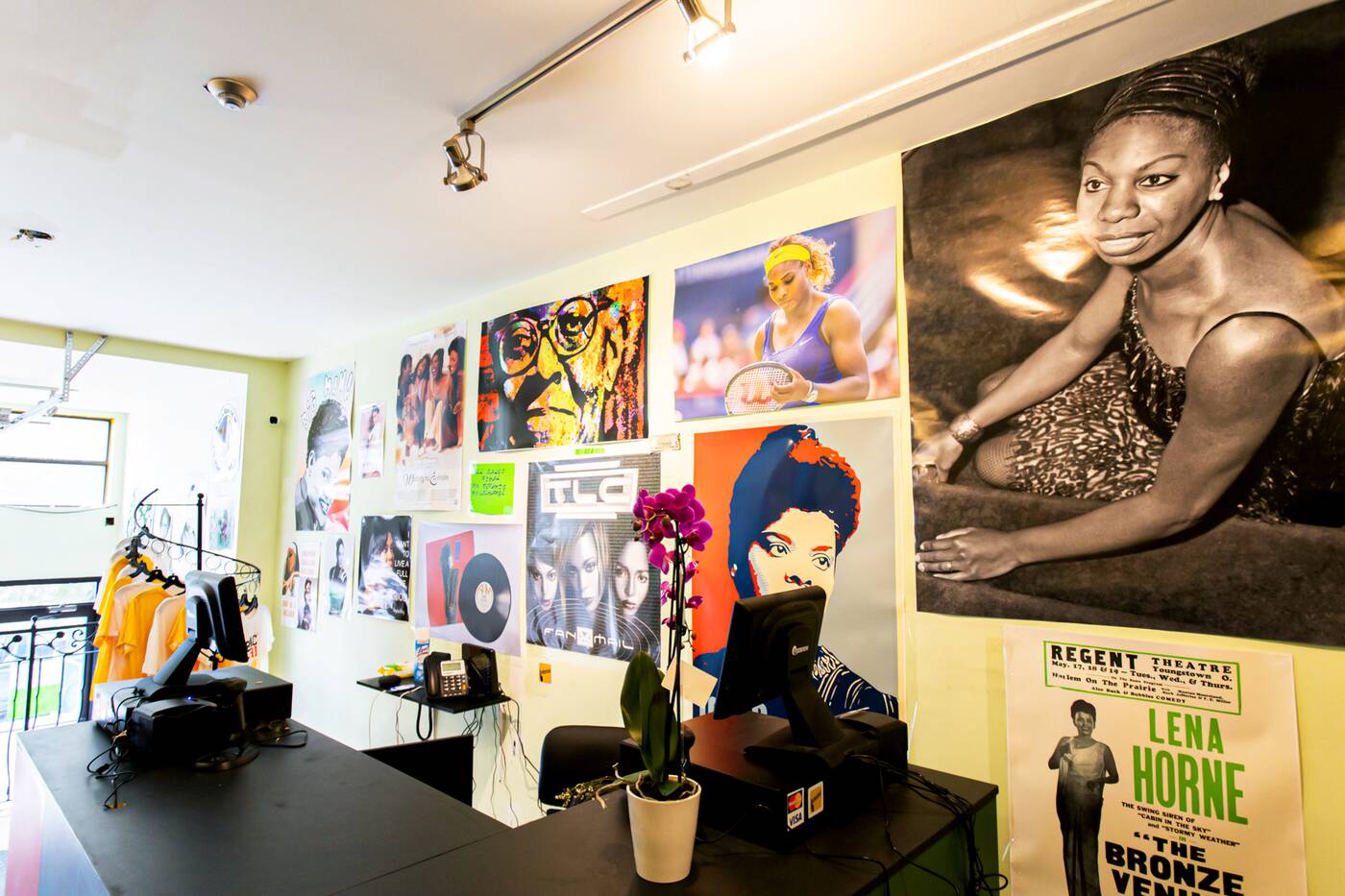 Barton tells me she's quite selective with who makes it on her wall and will give anyone who asks a full rundown of every face in her store. 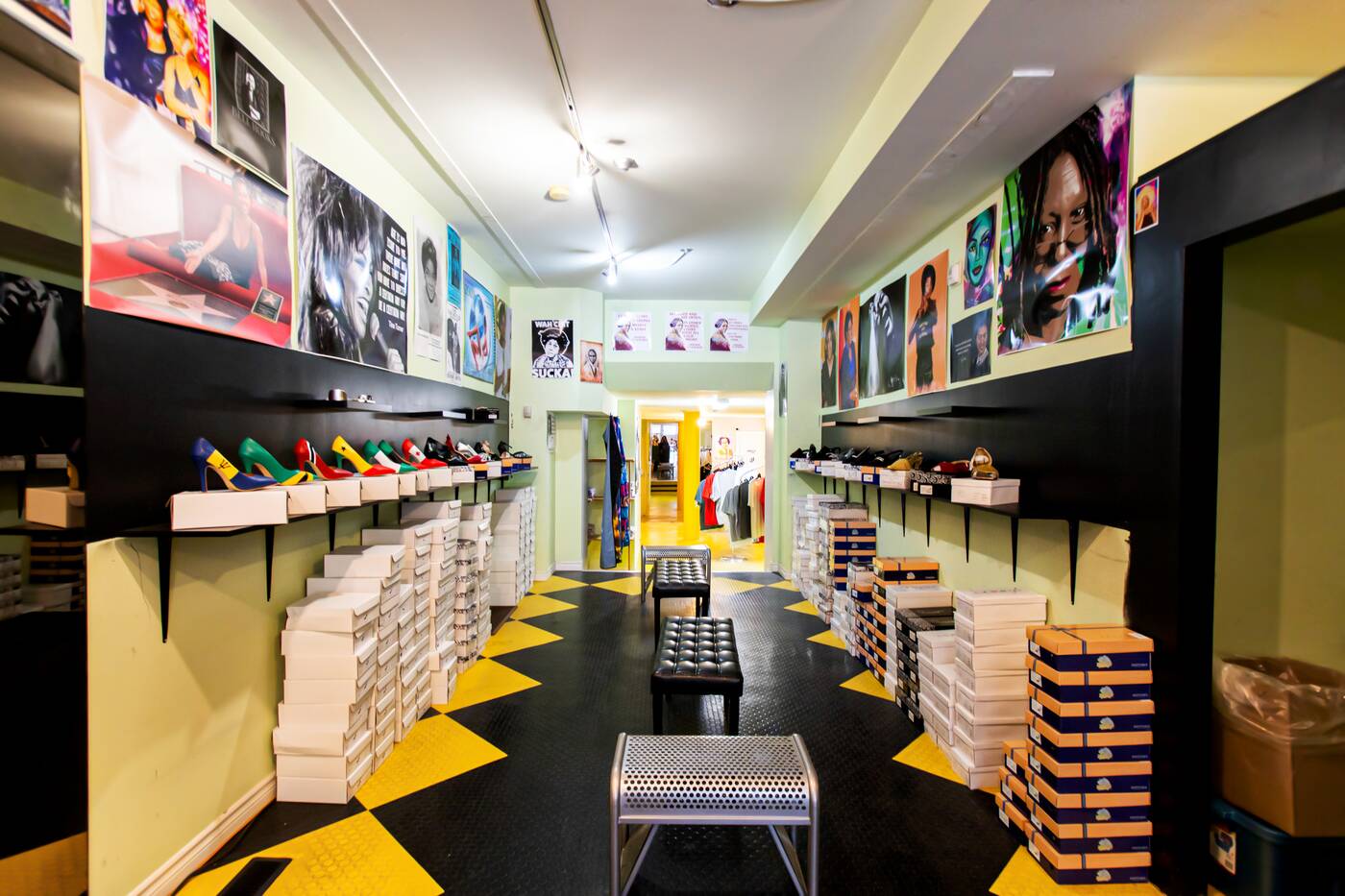 Claudette Colvin, who refused to go to the back of a segregated bus at 15 (but didn't receive the same amount of attention as Rosa Parks because of her teen pregnancy) is also featured, along with the first self-made Black woman millionaire in America, Madame C.J. Walker. 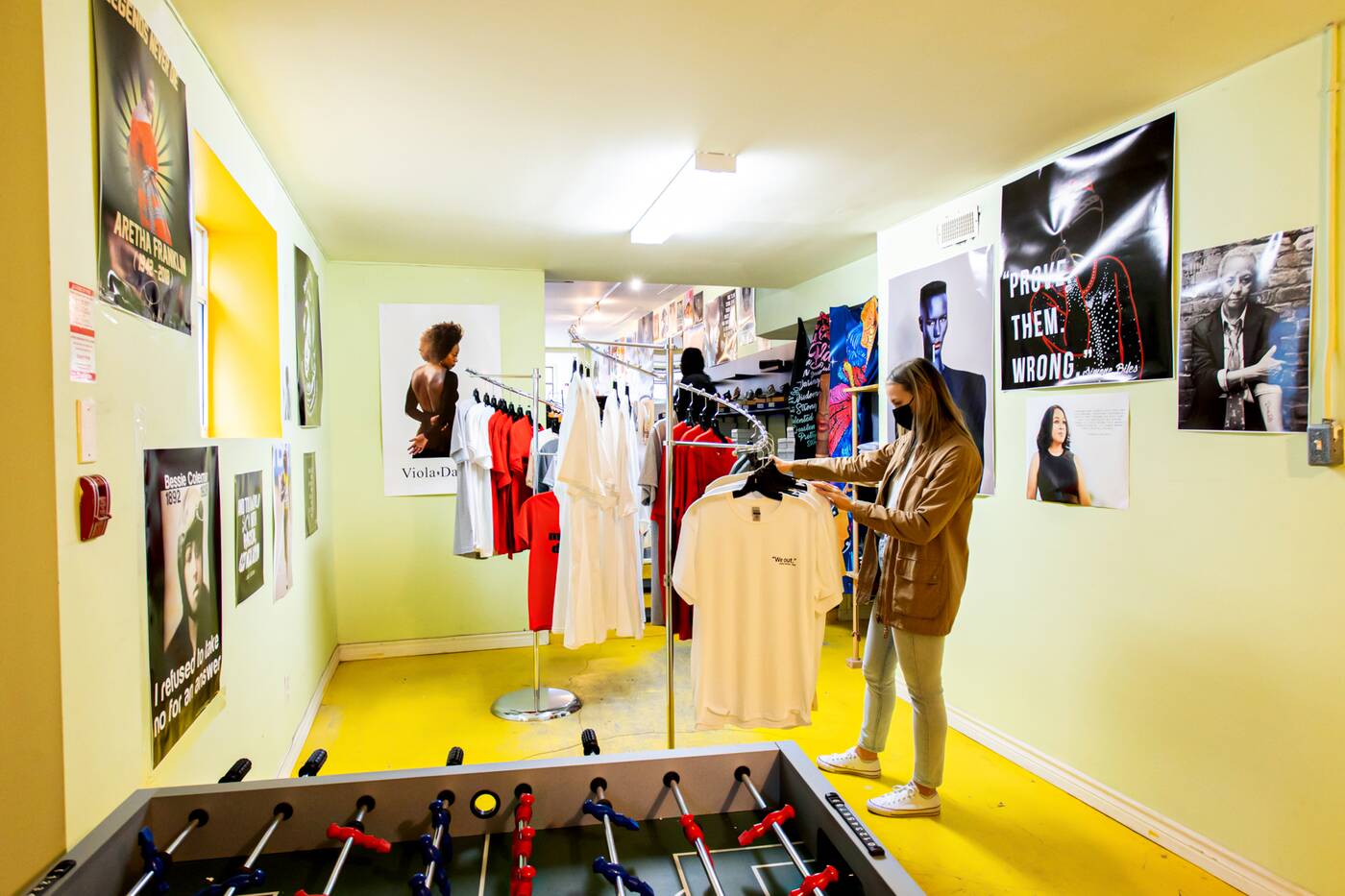 Some of the biggest women in jazz and r&b like Big Mama Thornton, Ella Fitzgerald, Billie Holiday, Aretha Franklin, Bessie Smith and Ethel Waters adorn the wall and boom out of Barton's sound system. 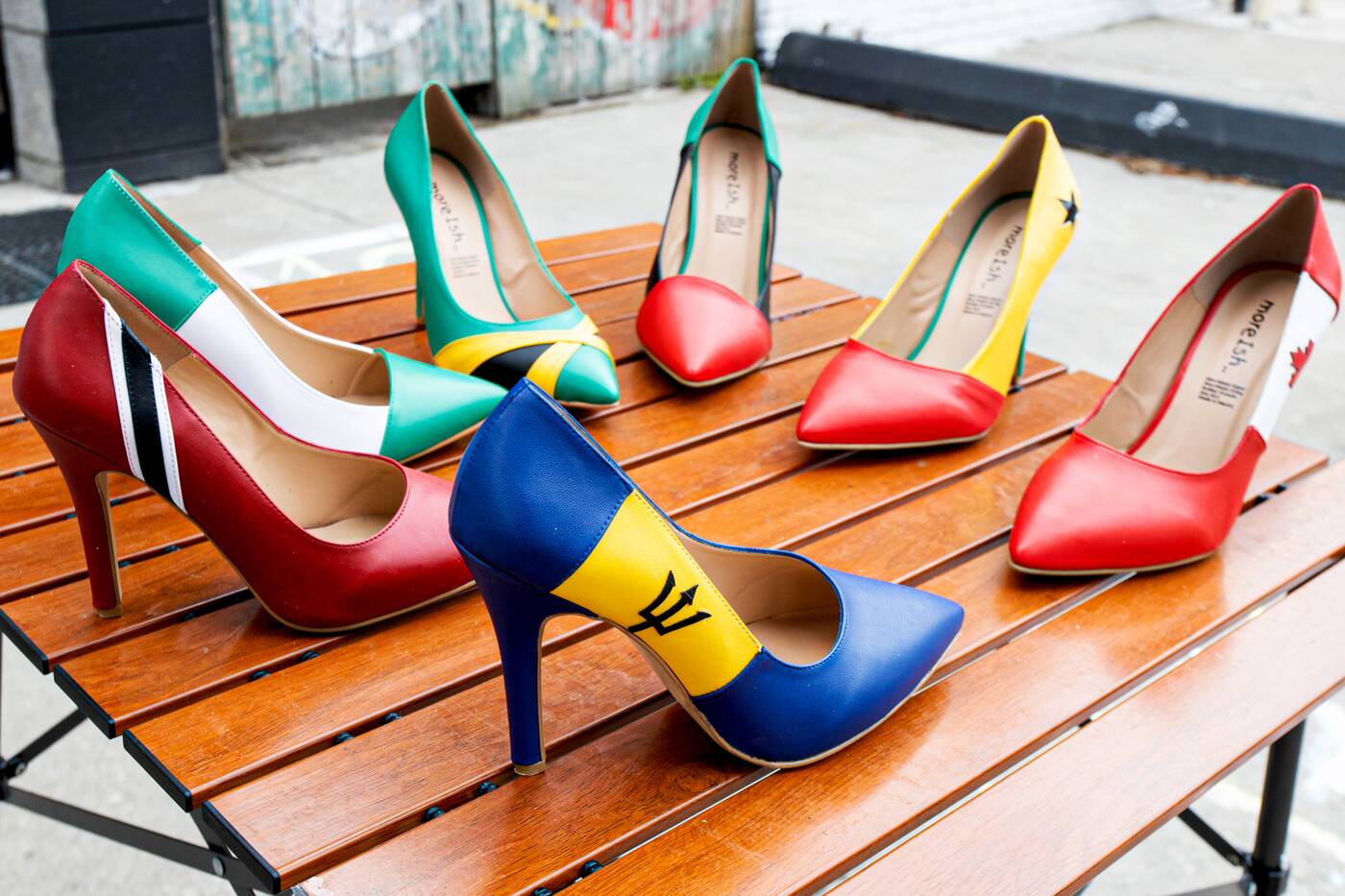 When it comes to shoes, Aunt Thelma's is an exclusive Canadian retailer of a new wide-width shoe brand, moreISH. They are made wider than other high heels and are fashioned after various national flags.

These are available in half sizes and up to size 12, though Barton will soon be bringing in sizes 13, 14 and 15 for all of her shoes. 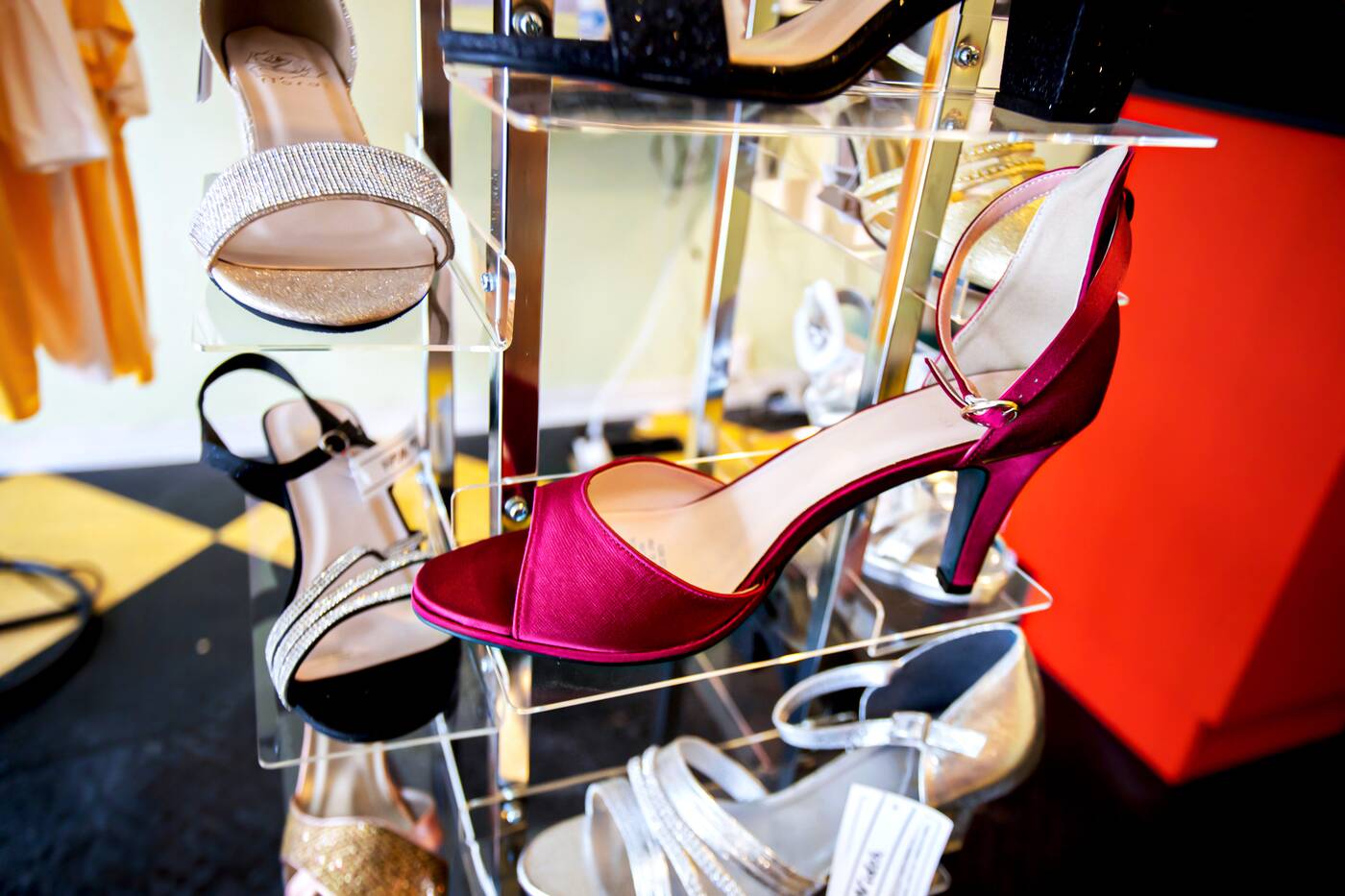 Other brands carried include Floral and Peerage, both of which are fairly well-known wide-width shoe suppliers, and styles range from glammy heels to more casual slip-ons. 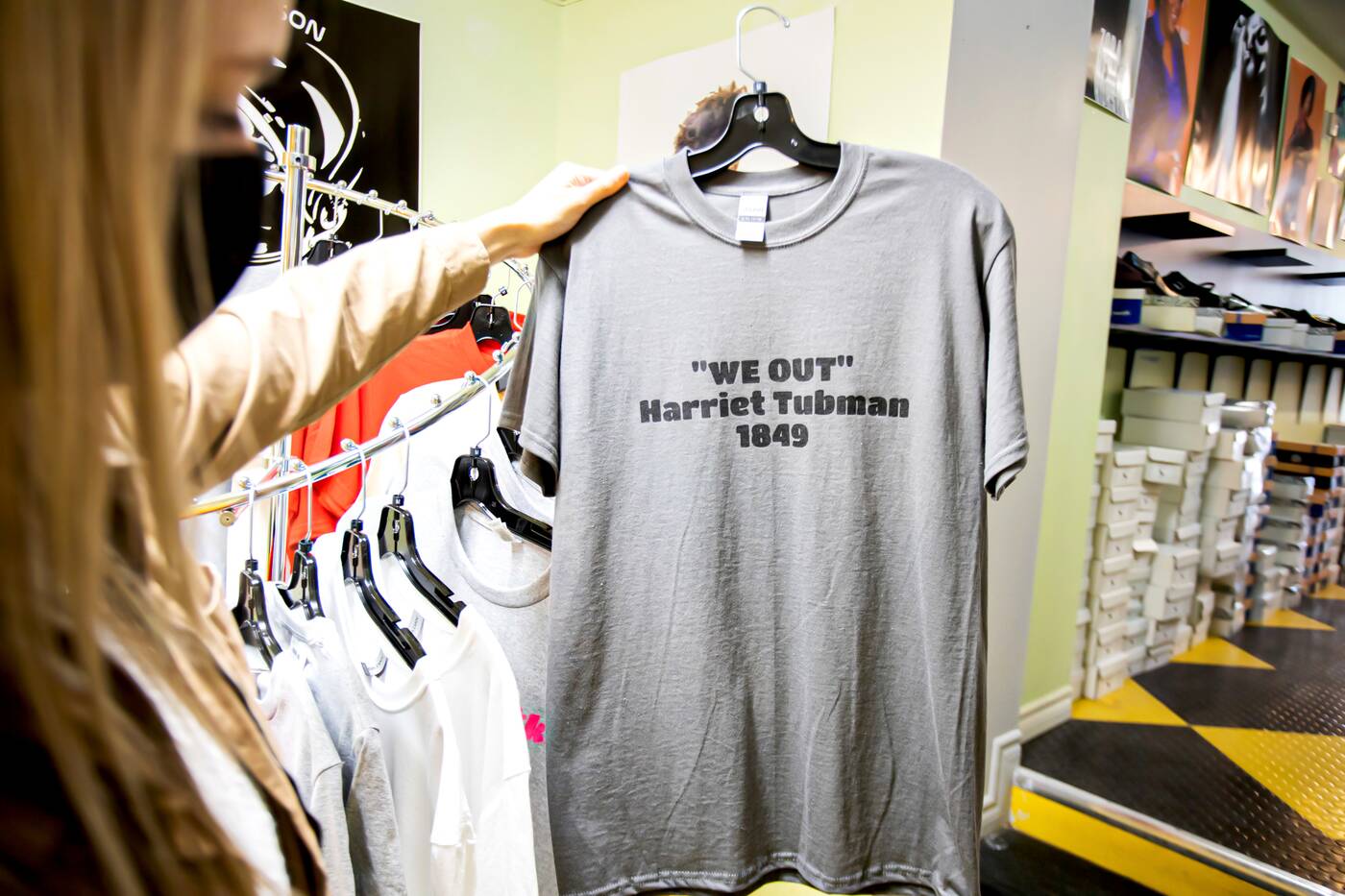 The shoes come from international manufacturers while the t-shirts are made in Canada. One is a nod to Harriet Tubman with the words "We Out" and the date she escaped from slavery. 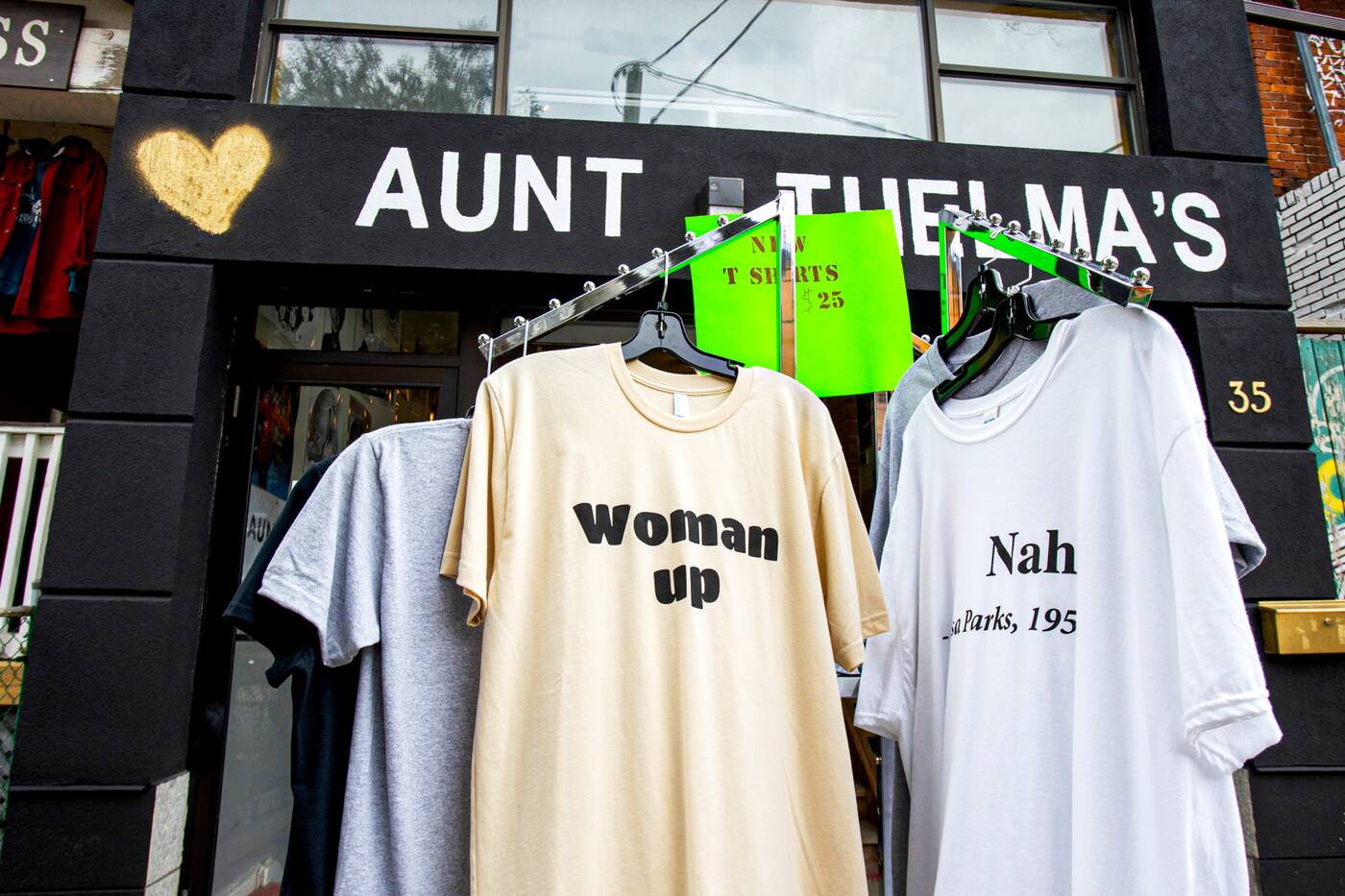 Others include "Woman Up" in bold letters and a Rosa Parks shirt that reads nothing but "Nah" and the date she was arrested for refusing to give up her seat on the bus to a white man. All go for $25. 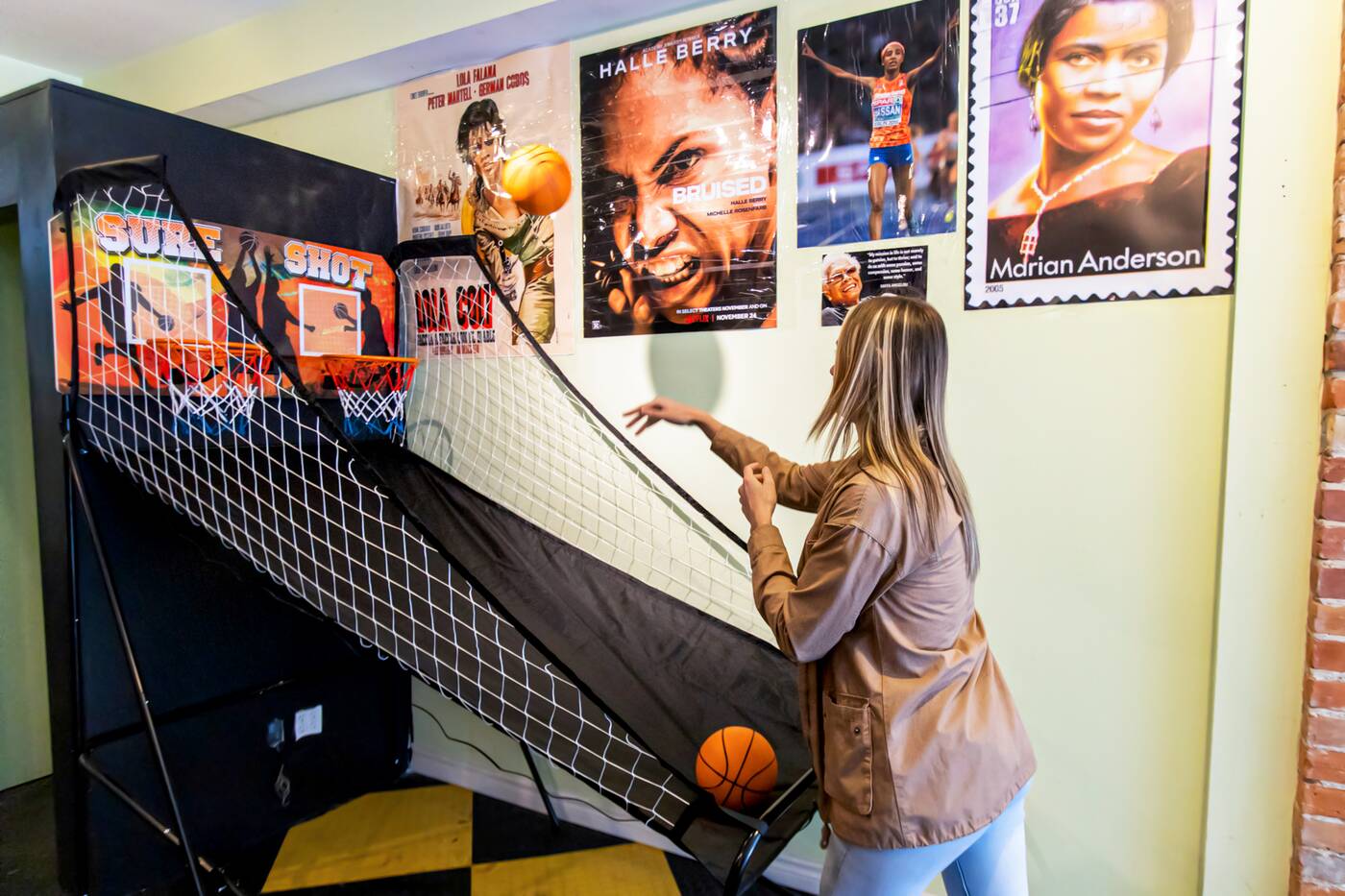 A double basketball net can be found near the front of the store and a foosball table is at the back, plus, customers are encouraged to hopscotch in and out of the shop. These playful touches make sense after meeting Barton, one of those forever-young types. 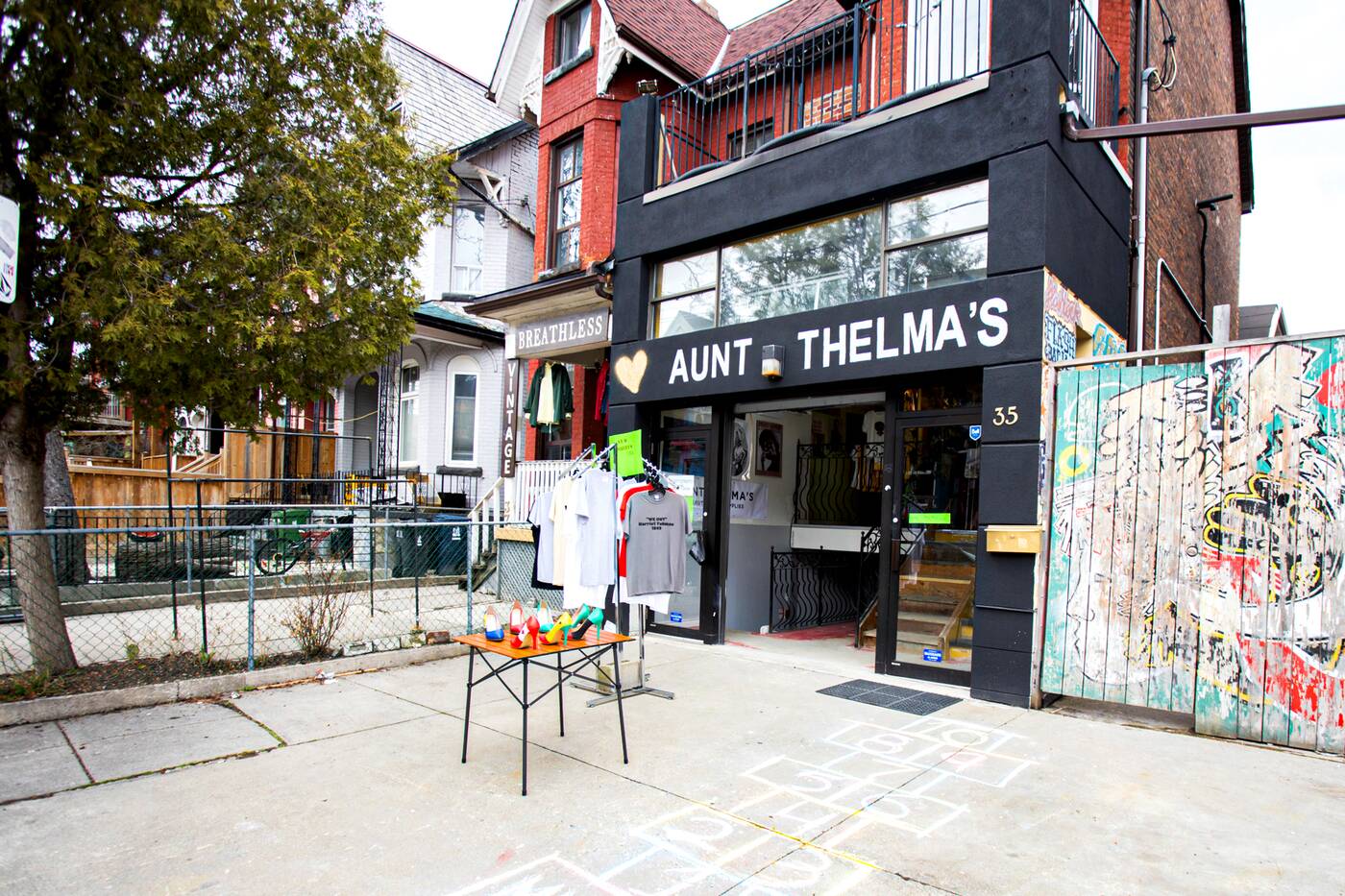 Soon wigs and eyebrow threading will be available on the lower level and open-mic, spoken-word nights might even be held here in the future.